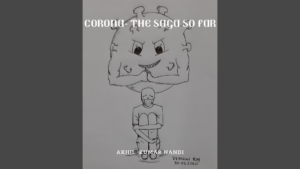 The world is slowly but surely waking up to the coronavirus disease 2019 (COVID-19) pandemic that is spreading like wildfire. The first cases of this syndrome caused by the virus SARS-CoV-2 can be traced back to as early as 17 November 2019 in Wuhan, the capital city of Hubei, China. Since early January, this virus started to grip the city. Very soon, cases started to emerge in other parts of the country and the globe, as undetected carriers of the virus travelled to different places, mostly by air. As of 28 March 2020, 0941 GMT, patients can be found in all six habitable continents on earth, with the total number of detected cases crossing the mark of 600000 and total deaths 27000+ (see here). To combat the spread, a lot of countries, including India, have resorted to partial or total lockdown, thereby applying a painful brake on global economic activity. As China is slowly limping back to normalcy, billions of people elsewhere are looking at a very bleak, uncertain future.

As clear from the name, SARS-CoV-2 is a coronavirus that causes severe acute respiratory difficulties, just like its counterpart that caused the 2003 SARS epidemic in China. It turns out that their mechanisms of infecting humans are also similar. This single-stranded RNA virus has crown-like spikes on its surface (hence, coronavirus) that can latch onto the angiotensin-converting enzyme 2 (ACE-2) protein present on the membrane of human cells very effectively. And then, the furin enzyme, abundant in our body, helps it to split and enter our cells, where it goes on to reproduce using our cell machinery. The virus is remarkably good in infecting both outer and inner nasal tracts, and the infection can potentially reach trachea, bronchi and alveoli, leading to severe pneumonia (an elaborate description can be found here). Immunocompromised people, e.g., elderly ones are more prone to danger due to immune-overreaction, known as the cytokine storm. On the other hand, reduced availability of ACE-2 affects the production of Angiotensin 2, which can, in turn, lead to profound effects on the renin-angiotensin-aldosterone mechanism. This results in an escalation of existing heart, renal or lung conditions, if any, and might even cause death. This viral infection leads to life-threatening situations in only a fraction of cases, and adequate ventilation and ICU facilities can reduce fatalities.

The remarkable efficacy of SARS-CoV-2 is almost, well, unbelievable. This freak of nature most probably has evolved from a coronavirus present in bats of genus Rhinolophus, with which it shares 96% genomic similarity. However, SARS-CoV-2 is 99% similar in the spike region with another coronavirus found in Malaysian pangolins (Manis javanica) leading to speculations that this is a Chimera of the two different coronaviruses. Pangolin, (illegally) used in China for medicinal purposes, is now regarded as the intermediate reservoir by some scientists, with the disease widely suspected to have spread from the Huanan wildlife wet market of Wuhan. The virus probably jumped to humans in its current form, and has undergone a few more notable mutations in the past few months.

In general, the virus has a median incubation period of 5.1 days in the human body, and it is almost always less than 14 days. Initially, the infected persons remain asymptomatic. And more dangerously, this is precisely when the virus is more likely to jump from one human to another, making it far more difficult to contain. Symptoms that an infected person can develop include fever, fatigue, breathlessness, dry cough etc. The infection can spread through cough droplets, or, already infected surfaces like metal, plastic, paper etc. Depending on the surface, the virus can remain viable from a few hours to 9 days maximum. There is evidence of a pet dog catching this infection, but dog to human transmission is thought to not happen. The virus, though, can spread from human excreta and faeces. Before Wuhan was locked down completely on 23 January, infected people could travel to other places of China, and to other countries. The period saw a lot of foreign arrivals and international departures due to ongoing Lunar New Year celebrations, leading to the virus getting exported across China, and worldwide. As it stands, Italy is the country most affected (a football match being the suspected epicentre) after China, and USA has surpassed both of them (in the number of cases). Other major countries like Iran, Spain, France, South Korea, Germany, Singapore, UK, Malaysia and Australia are also affected, and alarming exponential trend in active cases can be noticed in a lot of countries. Religious congregations have sometimes facilitated the spread, as per news from South Korea, Iran and Malaysia. Honestly speaking, these were avoidable.

So, how do we counter this menace? With no vaccine in sight anytime soon, the only effective strategies against COVID-19 are extensive social distancing, aggressive screening and isolation of positive cases. While China has executed the lockdown strategy to near-perfection, many European and American nations were, and still are, sceptical and dismissive of the threat. Even though Italy and Spain have helplessly seen their public health systems get overwhelmed, USA and Brazil among others are not implementing any serious lockdown measures. UK initially took a no-lockdown strategy which was expected to result in the development of herd immunity, thereby nullifying any major future relapse. But the huge number of casualties this method might entail is frightening, and the proposed end result has been doubted. India has declared a full-blown lockdown (including a total shutdown of public transport) for 21 days, but the economic cost of this could be huge. And that is inhibiting many countries from resorting to similar measures. As per a new study, a 2-month-lockdown-1-month-work (67% lockdown) regime continued until a vaccine is available could be our best bet, 57% lockdown could prove futile. Another study has proposed 2-day work weeks (71% lockdown). On the other hand, South Korea has succeeded to buck the exponential growth curve through extensive testing and isolation of cases. Whatever strategy we take, the key is to keep the number of critical cases within the capacity of our health infrastructure. In case of India, it is really difficult, since we have grossly inadequate number of doctors and ICU beds. Enforcing a lockdown leads to some practical difficulties, like how to ensure uninterrupted supply of essentials, how to accommodate the homeless, and what to do of daily wagers. Still, this is our best bet going forward. While symptomatic treatment is the only kind of treatment available currently, foods that can boost immunity (like neem, haldi, tulsi etc.) can help. China has taken a cue from similar traditional medicines. Anti-HIV drugs have been observed to be successful in some cases, and soluble ACE-2 is also being mulled (ACE-2 inhibitors might actually aggravate the problems). Drugs like hydroxychloroquine and favipiravir are also under consideration. At this juncture though, medical advice is highly solicited. For general hygiene, washing hands frequently and using alcohol-based sanitisers are effective, and one should try not to touch eyes, nose or mouth. Masks are generally effective against the spread if infected persons wear them. Health workers are prescribed to wear N95 masks and hazmat suits when looking after such patients.

China has, apparently, been able to contain the spread of COVID-19 sooner than expected, and their eagerness to help other nations fight the battle is being praised globally. Not everyone is pleased, though. Some journalists and commentators are pointing out how China clamped down on doctors and laboratories who initially warned of a new “SARS-like” syndrome. They were late to notify WHO about the human-to-human transmissibility of the virus, and late to stop outward travel, even as WHO continued to ignore Taiwan’s apprehensions, if some allegations are to be believed. Even though WHO acknowledged COVID-19 as a “Public Health Emergency of International Concern” on 31 January, yet it advised against stopping international migration just days later. Moreover, China actually welcomed the “Hug a Chinese” campaign initiated by the Mayor of Florence around that time (Wuhan was locked down already), prompting a lot of people to question its intentions now. Another very puzzling number about this pandemic is the mortality rate. While current estimates of WHO suggest that it is around 3%, and mainly elderly people are at peril, this rate now stands at 17% going by closed cases only. And, when we exclude the cases from China, it jumps to 28.8%. Could this be explained by the mutations that are occurring as the virus travels the world? Experts currently don’t think so. UK experts argue that this could be due to under-reporting of milder cases, and actual fatality is even lower. But, some accounts from China (including data on mobile customers of last three months) led many journalists to suggest that deaths might be much higher there, implying that fatality is not really low (also see here, and here). Another thing that baffles experts is the low effect this virus has on children, but no proper explanation has been found yet. A very juicy conspiracy theory making rounds is claiming that the virus is man-made, i.e., bioengineered (read this, and this). But, a recent study on the available genomes of SARS-CoV-2 suggests otherwise. As per the current understanding of scientists, it is almost certainly a product of natural selection. But scientists have previously created chimeric viruses using surface protein of one coronavirus and backbone of another to increase their virulence, and hence a layman cannot help thinking that laboratory origin of SARS-CoV-2 cannot be ruled out altogether. That Wuhan has a biosafety level 4 Virology lab is adding fuel to such theories. Sadly, this whole pandemic is panning out in the backdrop of a long-drawn and complicated battle between global superpowers for economic and political supremacy. Therefore, in this era of post-truth, we cannot expect the actual truth to ever come out from a totalitarian regime like China.

While large-scale use of any vaccine expected to take at least 1.5 to 2 years to start, and no drug having been extensively reviewed till date specifically for this disease, it is advisable to strictly follow social distancing and maintain personal hygiene very carefully. At the onset of mild symptoms, one need not get oneself tested immediately. Kits are currently a bit expensive and limited in number anyway. Self-isolation should be enough in most cases. But when in distress, we should immediately see a doctor and do as advised. We must refrain from consuming any drugs as per our own understanding because side-effects could be potentially life-threatening (for example, see this). In view of this 21-day lockdown, we should try to look after poorer and deprived people of our community, if not out of compassion, then out of the fear of community spreading. This is because we cannot expect hungry people to respect lockdown rules when they are starving. And, homeless people staying on the streets will fail the whole initiative altogether. We can sail through these tough times if only we are together as a community, and as a nation.

bout the author: Akhil is a 3rd-year BS-MS from IISER Kolkata and a KVPY fellow. He is majoring in physics, with a minor in mathematics. While he takes interest in a lot of fields like history, geopolitics, economics and culture, procrastinating and Facebooking are his favourite pastimes. Other than that, you can generally find him playing football, reading various kinds of books, or debating on random topics. Once in a while, he likes to write original pieces on football and current affairs. This is his first blog for us, “The Qrius Rhino”.

1 thought on “Corona- The Saga so far”