Here’s a short and interesting read! Hope you enjoy!

Growing up, isn’t it every child’s dream to combine the powers of two adored superheroes into one? How fascinating would a combination of Batman and Spiderman be? (choose your own!) Ever imagined a fireboy-ice girl unison in a video game? Or a team with both Ronaldo and Messi?

But such compatibility, particularly reproductive, is not a commonplace occurrence in the living world. Hence a LIGER: parented by a lion and a tigress is rare. Organisms tend to breed within their community. Even as groups of zebras, spotted deer and lions coexist and coevolve together in the Savannah’s for years, there is little error in finding the right ‘mate’. A lion chooses a lion and a zebra finds a zebra. But as always nature allows some degree of flexibility. Animals ‘can’ even if they usually ‘don’t’ mate across species. Hence, hybrids like Ligers make a buzz, even if not in nature. Fantasized to combine the superior traits of both, it’s usually not the case. The wiring of the animal brain is responsible for this occasional blip, a fine-tuning error rather than a sudden anomaly.
As in a computer program, a complex set of instructions, given simultaneously doesn’t convey the message. Instead, a systematic break down of each step considering all possible scenarios needs to be given, be it for a computer or an animal brain. There is no magic neuron to instruct ‘Find a mate like me for producing offsprings!’. Neither is there a special XX detecting antenna for a lion. ‘Figuring out’ a mate is a complex process. When a lion takes a long look in the grasslands, thousands of visual stimuli are collected on the retina of the eye. These impulses are processed as electrical signals and then converted into an image. This image is then compared to millions of others to match a lioness. Different cues are analysed for 1. Is it a large creature? 2. Is it moving? 3. Is it brown? 4. Does it have thick hair around the face (mane)? 5. Does one side have a hump which I can mount? So for us, it is: Lion finds a lioness
But for the lion: Find something that is brown, moving, has a nice round hump and doesn’t have a mane. Not so easy, but works to a fair extent. 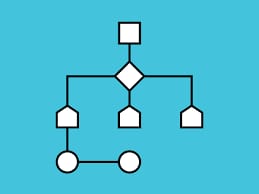 So how did nature perfect this? This is where the importance of evolution or ‘getting adapted’ is highlighted. This circuitry is an accumulative effect of all cues and ‘changes’ known as mutations. It won’t work if the females developed some sudden change: say a horn. The males would gradually adapt to recognizing this change. So what happens when one of these steps go wrong or is skipped? If it isn’t large enough: pedophilic, if it isn’t moving: necrophilic, if it isn’t brown and whiskered: zoophilic. Skipping the ‘does it have a mane’ question might seem an interesting argument to justify homosexuality. The mating mechanism might not fit the homo-hetero reproductive system but has aligned.
All these factors along with controlling chemicals ‘hormones’, the situation in which the animal is, drives the animal’s brain. Natural hybrids like the Lonicera fly are rare. Hence a LIGER is an attractive option in a ‘Lab’ but in the wild? Difficult but possible!
-Aditya Dixit,
Department of Biological Sciences,
IISER Bhopal.
Image credits:
1) www.ligerworld.com
2) www.wired.com