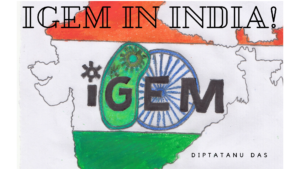 The International Genetically Engineered Machine (iGEM) competition is a worldwide synthetic biology competition and the biggest of its kind. High school, Undergraduate university students, and graduate/over-graduate students, along with entrepreneurs, and community laboratories, take part in this prestigious competition. iGEM was the product of a month-long course during Massachusetts Institute of Technology – MIT’s Independent Activities Period (IAP), that came into existence in 2003, which eventually grew to a summer competition with four non-MIT teams other than team MIT in 2004. Two international teams from Cambridge University and ETH Zurich joined this competition of designing biological systems in the year 2005. Since then, iGEM has only risen in terms of popularity globally. As a result of rapidly growing popularity and the number of participants, the iGEM Foundation was separated from MIT as an independent non-profit organization located in Cambridge, Massachusetts, USA, in January 2012. In 2014, a single conference-cum-presentation ceremony under the title ‘Giant Jamboree’ was started as the concluding event of iGEM of every year, where all the participating teams come to present their work and achievements, with the results being declared on the final day of the ceremony.

Why are Indian teams encouraged to take part in iGEM?

Competition is one way to look at iGEM. However, there are more ways to look at it. The participating teams have to think of an innovative project that is an answer to some unique problem or challenge that we are facing. The problem chosen by the team can vary across a wide range, from developing novel therapeutic techniques to modifying an existing molecular biology technique to make it more exciting and meaningful. Student teams can not only get a huge range to select their project ideas, but also, get an exposure to understand where science could reach till date and realize the vastness of what is left to achieve. In fact, they also learn to use the existing scientific understandings for developing something new, which might have a significant impact on the benevolence of humanity. This ‘lab-to-market’ culture is an essential one, especially when our country promotes innovation activities through Institute Innovation Councils and policies like ‘Make In India’, etc.

At an individual level, a student gets the exposure to work on an independent project, that they develop and do experiments that they design. This helps them to get early exposure to research. This is true for anyone from any country participating in iGEM. Moreover, I personally feel that the experience is better than that in a structured internship. The reason I think this is because when a student works as an intern in some lab, they generally work as a part of a running project directly under a PhD or post-doc supervisor as recommended by the principal investigator (PI). This puts a limit to a lot of things. Firstly, the student takes some time to get a good flavour of the project before he/she can intellectually contribute to the progress of it. This time can vary from student to student. However, the baseline is that a significant part of the internship duration is gone due to this and the student ultimately achieves nothing profoundly meaningful, given the short duration of the project, besides learning about some new techniques and concepts. This time is used up while the theoretical basis of an iGEM project is laid, and the student can right away start working on it during the break/vacation where they would have otherwise gone to an internship. Secondly, in an internship, there is mostly a senior to take care of the troubleshooting part when things go unexpected. In most cases, the student contributes very little in taking up this burden. This is not true when he/she is working on an iGEM project, simply because it is their own project, and if anything goes unexpected, they are ones who need to think and troubleshoot. Obviously, there are PIs and advisors to guide them, but the student needs to invest more intellectually. Hence, they automatically get equipped with this skill, which will significantly help them in the future. Thirdly, students in an iGEM team are near the same age group, and so they learn better about how to work in a group where most of them have similar theoretical and practical knowledge barriers. They learn how to go beyond these barriers by working together. The fourth reason will be the wholesomeness of an iGEM project. Not only working in laboratories, but a student also has to develop and work on web development skills, communication skills, and public handling skills (iGEM Wiki and Human Practices are critical medal criteria in iGEM). Also, the interdisciplinary approach to iGEM projects brings me to the fifth reason for how iGEM is beneficial at an individual level. iGEM can act as a jamming session of ideas for students from different majors or specializations. This is an enjoyable and essential practice, especially with the growing necessity and demand for interdisciplinary science projects these days. There is a lot more about how iGEM can help an enthusiastic young mind to nurture science in his/her early days of exposure to scientific research. They learn a lot and proceed to be successful in their future academic/technical pursuits.

What are the drawbacks and limitations of participation?

Participation in iGEM comes with a steep monetary cost, which many Indian teams might feel hard to deal with. This might be the main reason why iGEM has been limited to only a handful number of institutes and colleges. Teams who receive private or DBT funding through iBEC (explained later) can afford to take part iGEM. Without any such financing, only premier Indian institutes like IISc, Bangalore, IITs, and IISERs, and few private institutes, like VIT, Vellore, could take part in iGEM till date. The regular registration fee of iGEM 2020 is 5500 USD per team, and the regular Giant Jamboree attendance fee was initially announced to be 745 USD per team attendee, which has been currently updated to be $2500 USD per team (fee change due to the conversion of Giant Jamboree 2020 to Virtual Giant Jamboree 2020, which might be due to the global outbreak of COVID-19). This is added to the costs required for working on the project. Therefore, this gives an idea about the cost requirements, which is not ideal for most Indian teams. Also, keeping aside this issue, working on an iGEM project often requires sophisticated laboratory techniques that are not always available to every college/institute in India. Also, there is substantial academic pressure at the +2 level on Indian students that is somewhat decisive for their careers. So, to date, no high school team has ever participated in iGEM from India.

How does the Indian government encourage the participation of Indian teams in iGEM?

Indian Biological Engineering Competition (iBEC) Pre-iGEM Competition: National Competition Indian Biological Engineering Competition (iBEC) was launched in 2016 by the Department of Biotechnology, Ministry of Science and Technology, Government of India, in order to select and support best Indian student teams to participate at iGEM. They provide financial support of INR 10 lakhs per team to travel to Boston, USA, and for inspiring them to solve real-world challenges by building genetically engineered biological systems. This is a very important source of funding that every participating Indian team should aim to get. So far, five student teams from various institutes like IITs, IISER, IISc, and Public/Private Colleges/Universities, have been selected and supported each year, based on their submitted project proposals. This year, the announced deadline for submission of project proposals for the teams taking part in this competition was on 30 April 2020. It is very important to keep looking for updates regarding iBEC during February if a team is willing to participate in that year’s iGEM edition.

How have Indian teams performed in iGEM so far?

The first team from India participated in iGEM 2008. It was a team from IIT Madras, led by Dr. Guhan Jayaraman (IIT Madras) and Dr. Mukund Thattai (NCBS Bangalore). The team did leave some impressive marks of achievements in its very first appearance since they were judged to have made the “Best Foundational Advance” and also won a special prize for the “Best Engineered Biological Device” at this extremely competitive event. They aimed to develop a new method to turn on genes in bacteria, using a combination of chemical inputs and heat, in their iGEM project. This commendable performance did lay a whole new avenue for other Indian teams to follow.

Summary of the overall performance of Indian teams in iGEM so far:

Few Highlights Regarding the Performance of Indian Teams at iGEM:

These numbers and facts are very encouraging as they suggest the strong performance of Indian teams at such a vast and prestigious international platform, such as iGEM. This is expected to only get better with upcoming years, as iGEM gains more popularity in India, and more Indian teams participate in iGEM.

Diptatanu is a third-year BS-MS student at IISER Kolkata and a KVPY fellow, majoring in biology, with a chemistry minor. He has been a part of the gold-medalist iGEM IISER Kolkata teams in 2018 and 2019, and is also associated with this year’s team. Other than having a high affinity for good food and sleep, he loves to make music and play TT, football, cricket, etc., in his free time. He prefers to do some original work and has been writing articles, blogs and composing new songs. Currently, he is also associated with us, ‘The Qrius Rhino’.

Read his other blogs for TQR: Dragon’s Triangle – The Pacific Ocean’s Deadliest Enigma, How Good Is Gaming?, [email protected], A Dream within a Dream, Impacts of Natural Disasters on Ecological Balance – An Original Perspective, Coronavirus – An Unsolvable Challenge? and A Summer in Germany!